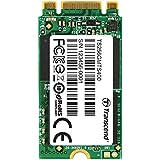 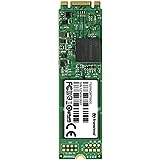 TIE limit,
No. 6 SOVIET-GERMAN BORDER STRONGLY GUARDED
The border between Soviet Westera Ukraine and German-occupied Poland is strongly guarded to prevent the escape, of refugees from Soviet-occupied lands, according to dispatches received by the "Svc^ boda ' from Rome. - Along the river San barbed wire fences have been erected, and strong detachments of guards posted for that purpose. Their orders are to shoot first and ask questions afterwardfl^sl There is a steady influx of Russians into important offices in the Soviet Western. Ukrainian government. A Russian gymnasium, devoted to Russian studies, has been established ih Lviw. It will accomodafe 150 students. A number of students have been sent to-Moscow, to continue their studies there.
; 1
llEiif
^ ^ ^ E n g l i s h supplement of SVOBODA, Ukrainian daily, founded 1898. Dedicated to the needs a n d interests of y o u n g Americans of Ukrainiasl descent. JERSEY CITY, N. J., SATURDAY, FEBRUARY 10, 1940
VOL.
Vm
UKRAINE -- SHIELD OF EUROPE
GESTAPO ...